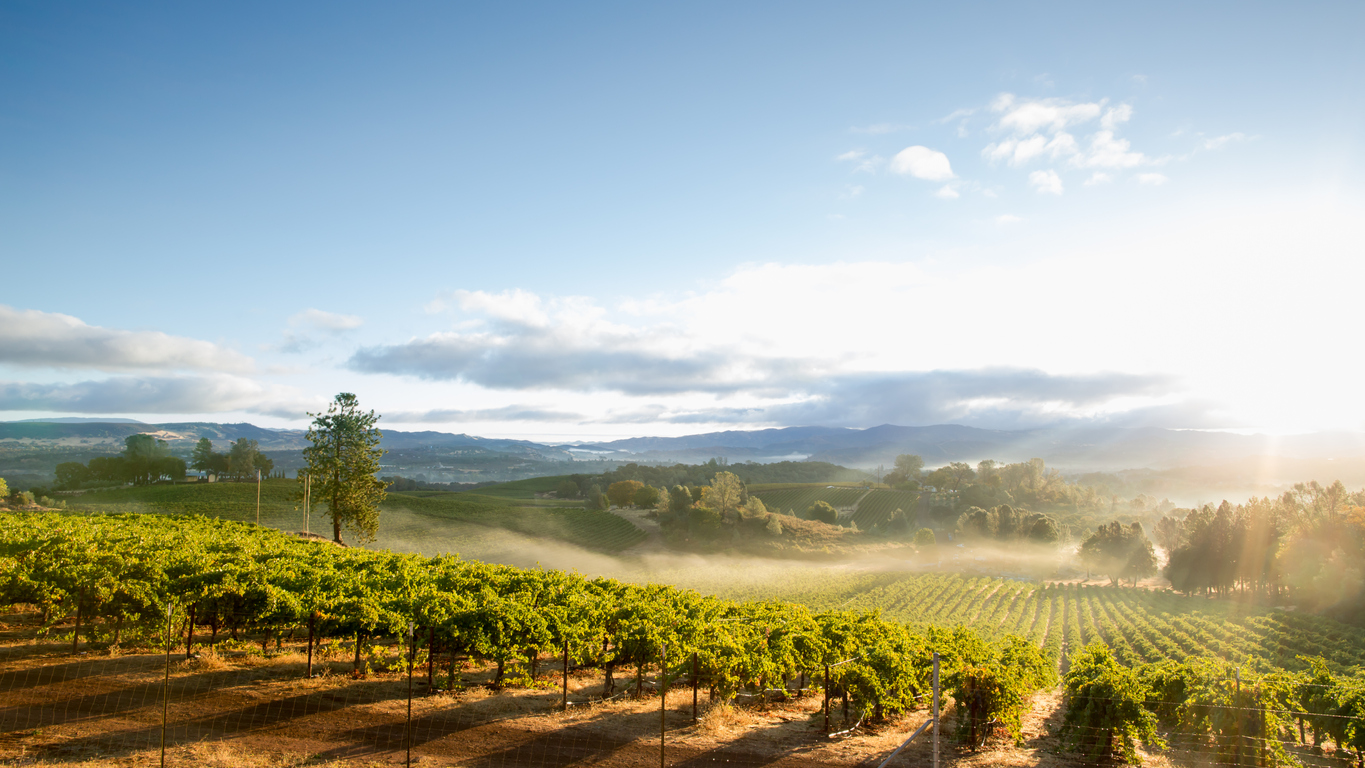 A Star Chef and a Four Seasons Alum Just Launched a New Hotel Brand — Coming to Sun Valley and Healdsburg, California Next Year, by Christine Liao

Renowned chef Charlie Palmer and Four Seasons veteran Christopher Hunsberger are merging their decades of experience together to launch a hotel brand unlike any other.

The duo met more than 20 years ago when Four Seasons enlisted Palmer to open an outpost of his eponymous steak house at the company’s Las Vegas property. Over the past two decades, the two have worked together on multiple occasions, including when Palmer brought on Hunsberger to help re-envision two hotels he had invested in: Mystic in San Francisco and Harvest Inn in St. Helena. During the process, they both yearned to “create a brand that [they] felt was really different and revolutionary,” Palmer told Travel + Leisure, instead of modifying what already exists. And thus, Palmer and Hunsberger’s company, Appellation, was born.

The world “appellation” refers to a geographical area where something is grown or produced. It’s a legal distinction, given to products such as Champagne, Cognac, tequila, and Parmigiano-Reggiano. So it comes as no surprise that when celebrated chef Charlie Palmer and Four Seasons veteran Christopher Hunsberger were brainstorming a name for their new “food-forward” hotel brand that they’d use one of the culinary world’s most esteemed terms.

The brand will debut next year with properties in Healdsburg, California, and Sun Valley, Idaho, followed by a third in Pacific Grove, California, in 2024. “We want to focus on places that we love that we think others will equally enjoy and love to discover,” Hunsberger told T+L. “Places that have an opportunity for us to present something new and different.” He also admitted that the locations were chosen somewhat “selfishly,” as he and Palmer — who both currently reside in Healdsburg — plan to be in their hotels “on a very regular basis.”

In addition to convenience for the co-owners, they were also drawn to these destinations from a culinary standpoint. Wine country, and how it relates to food, makes Healdsburg a natural fit. Palmer added that the town has also been a farm-to-table pioneer, “crafting menus around what’s growing next door. Plus, with nearby Petaluma and Bodega Bay being known for cattle and seafood, respectively, there are a wealth of ingredients readily available. In Sun Valley, the chef is “really intrigued about how [they are] almost going to create a cuisine there” while highlighting local products like small-batch spirits, craft beers, and lamb — the last of which is so beloved that there’s an annual sheep parade in downtown Ketchum, Idaho. Lastly, in Pacific Grove, they’ve overtaken a former sardine cannery and will have access to the freshest seafood that Monterey County offers.

But what exactly does it mean to be a “food-forward hotel brand”? While each property will have a signature Charlie Palmer restaurant and rooftop bar, it goes well beyond just an exemplary culinary program. “Most of our front desks are very different from a traditional arrival experience,” Hunsberger said. “For example, in Healdsburg, our front desk looks like a butcher block and the reception area is surrounded by a wine wall.” The lobby also has interactive prep stations where guests will have the opportunity to watch the kitchen staff as they assemble meals, engage with the team, and perhaps even have a chance to sample some of the morsels being made. There will also be “maker spaces” showcasing local artisans and craftspeople, and where guests will be able to participate in cooking classes, tea blending workshops, coffee tastings, or watercolor courses. “The whole maker mentality will be at every guest’s [fingertips] so that they can touch and feel and be involved in many of these different activities,” Palmer said.

In lieu of a mini bar, every guest floor will have a gourmet pantry that will evolve throughout the day, providing more elevated offerings than a traditional in-room experience. Stocked with all of the necessities like drip coffee, an espresso machine, and water, there will also be freshly made nibbles, artisanal products, a curated library of cookbooks, and cocktail kits by in-house mixologists. Each property will also have its own garden, which, in addition to ingredients from local purveyors, will provide produce to the on-site dining venues. Healdsburg’s is particularly large, where there are also fruit orchards and an olive grove. At the Pacific Grove hotel it’ll be located on the rooftop, simultaneously offering panoramic vistas of Monterey Bay. And in Sun Valley, where there’s more seasonality, there’ll be a greenhouse to ensure continued growth through the winter. Plus, the Healdsburg hotel’s event space will also double as a farmer’s market on a weekly basis.

“[We’re] really embracing [the] local community of growers and producers,” Hunsberger said. “We see ourselves as an integral place to showcase them and be a second home for them.”

All three properties will have an individual aesthetic that reflects their respective locations. EDG Design firm has been tasked to use local materials and textiles as much as possible to give each property a sense of place. They’ve also brought on Lynn Curry of Curry Spa Consulting — who has an extensive resume of projects for hotel chains like Four Seasons and Rosewood as well as boutique brands and private clubs — to build spas that have a “localized flavor and feel to it, utilizing products from the destination wherever possible,” Hunsberger said.

It’s apparent that the pair wants to emphasize a sense of community in their forthcoming hotels. The aim is to create a place where visitors are rubbing elbows with people who are the fabric of the area — not just by embarking on activities with tastemakers, but also sitting next to residents during dinner or while grabbing a drink. “I think that’s really important in terms of how we create a different sense of connectivity and true representation of the destinations that we’re at,” Hunsberger said.

While these three hotels are well underway, the duo are looking to expand Appellation’s portfolio quickly. With their eyes on San Diego County, Oregon’s wine country, Paso Robles, Napa Valley, and Sonoma, they’re set on making a strong presence up and down the West Coast. “We think there are plenty of great opportunities here especially when we think about places that embrace food and wine, and where we can really help elevate and celebrate that,” Hunsberger said.

Lynn Curry, CMC, ISHC, has been a Spa Consultant since 1997. She has provided financial feasibility, guest use projections, design development, concept direction, equipment specifications, and pre-opening consulting services to dozens of upscale and luxury resorts, casinos, hotels, residential community spas, and wellbeing hospitality properties. She launched Curry Spa Consulting, Inc. in 2011, which quickly became a global spa consulting firm with clients worldwide. She was named American Spa Magazine's Favorite Spa Consultant for the 2018 Professional Choice Awards and was runner up to the industry's Women In Wellness Spa Consultant of the Year. She is a proud member of the International Society of Hospitality Consultants (the leading source for global hospitality expertise) and a Certified Management Consultant™ (CMC®) with the Institute of Management Consultants (an ISO/IEC 17024 Certifying Body). 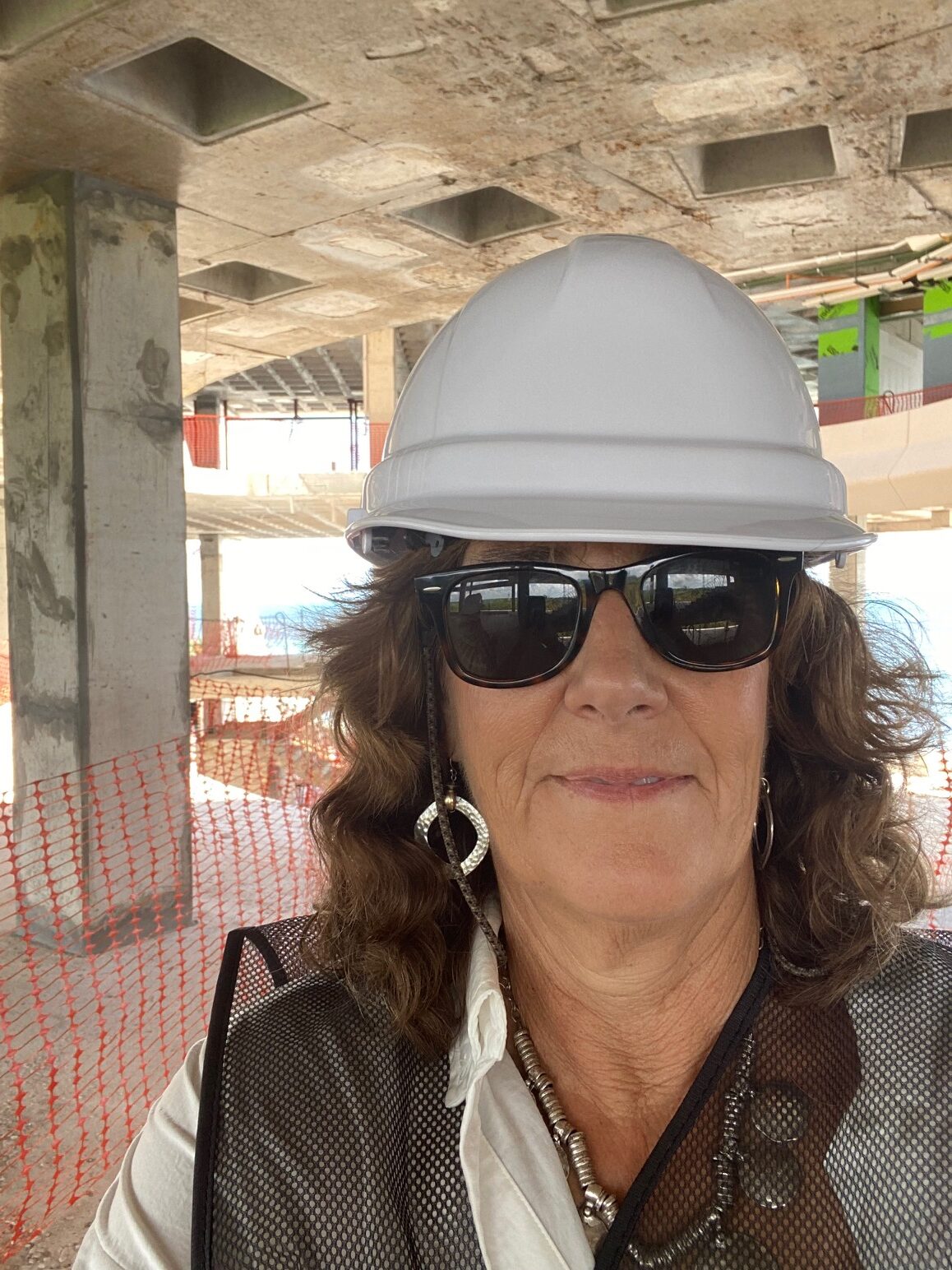 When we get to that point in development, when the feasibility study has been studied, when the sch... 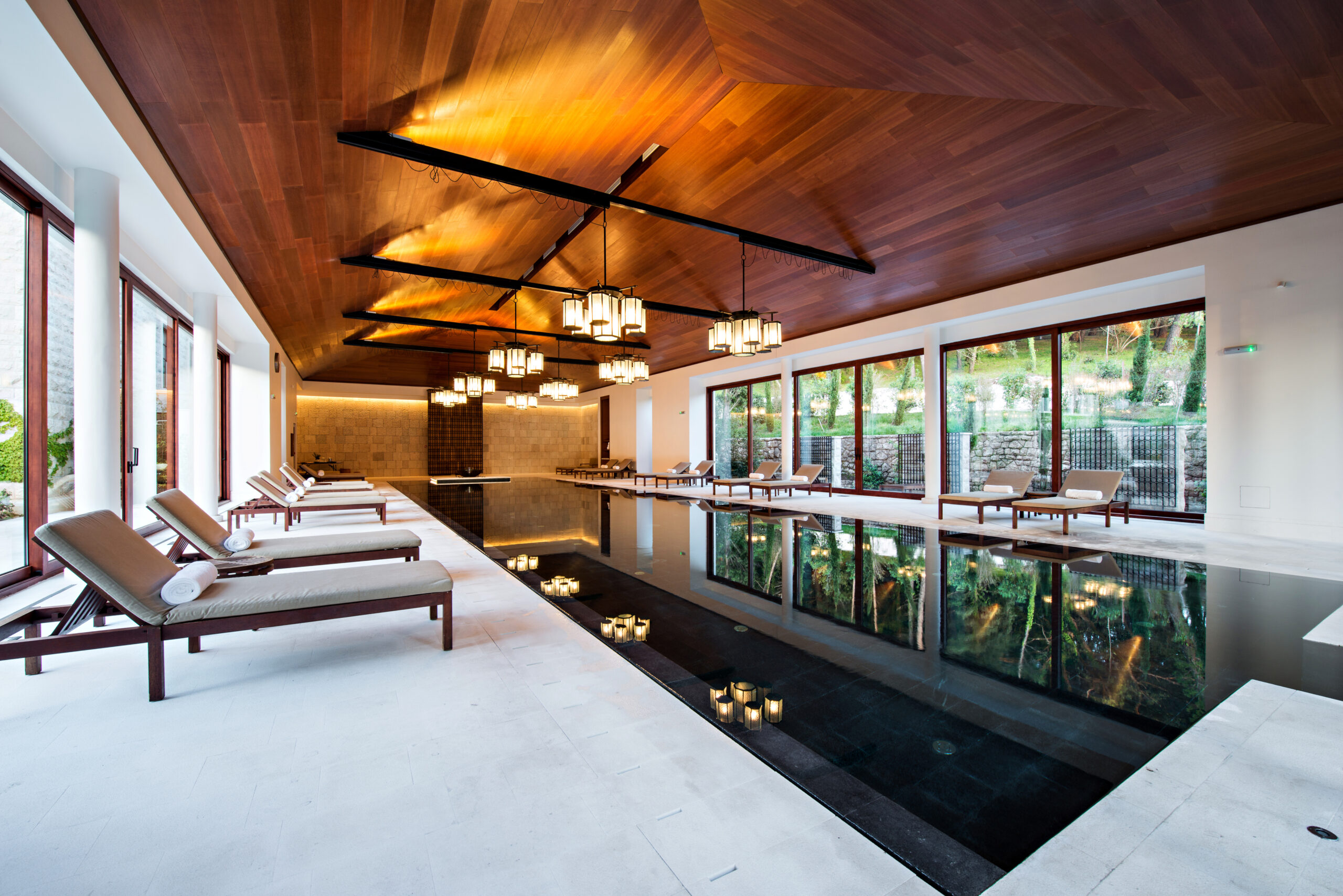 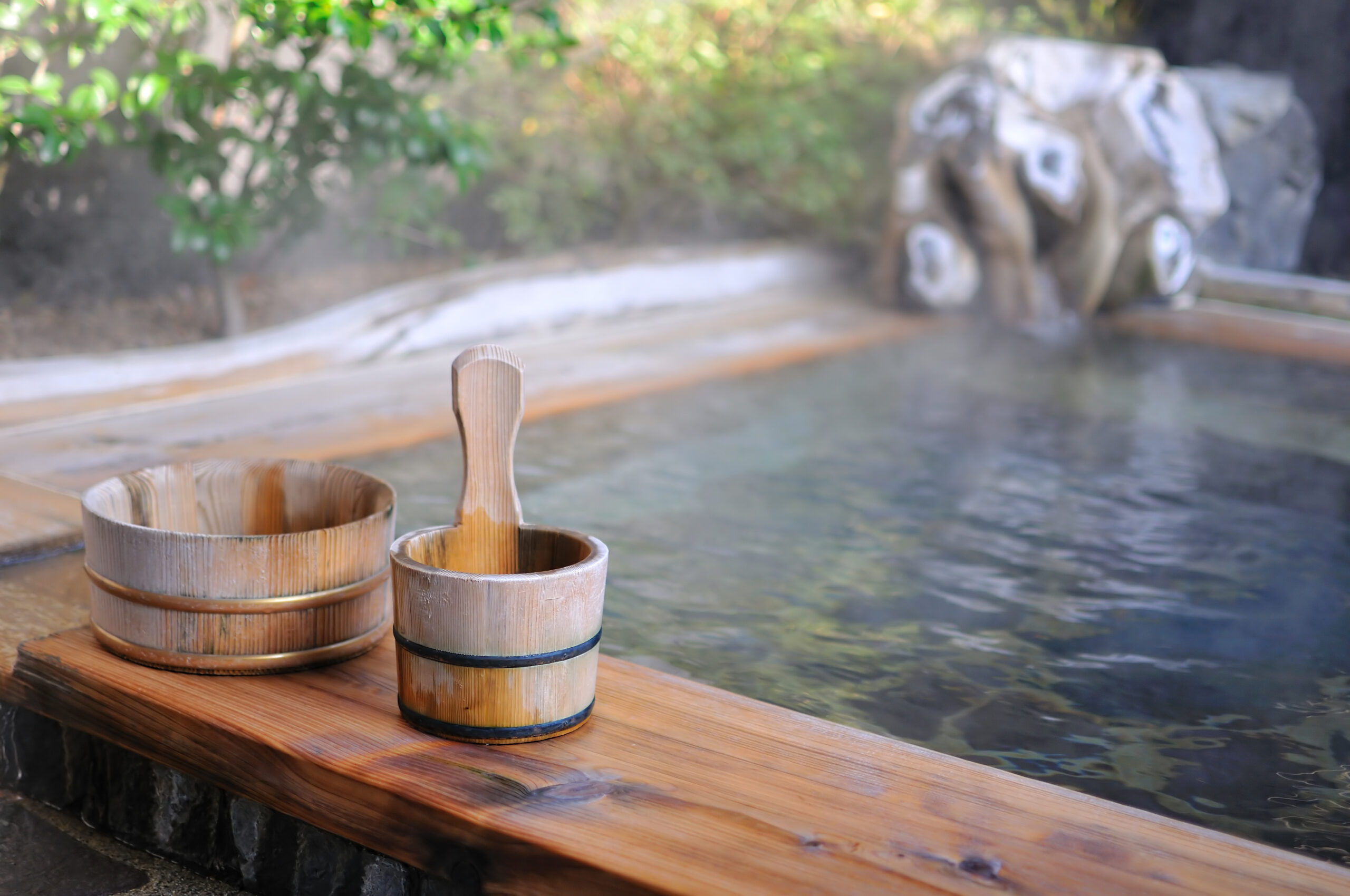 The force of nature, and what it delivers is certainly fascinating...and healing. The demand for th...

Back to the Resources Center